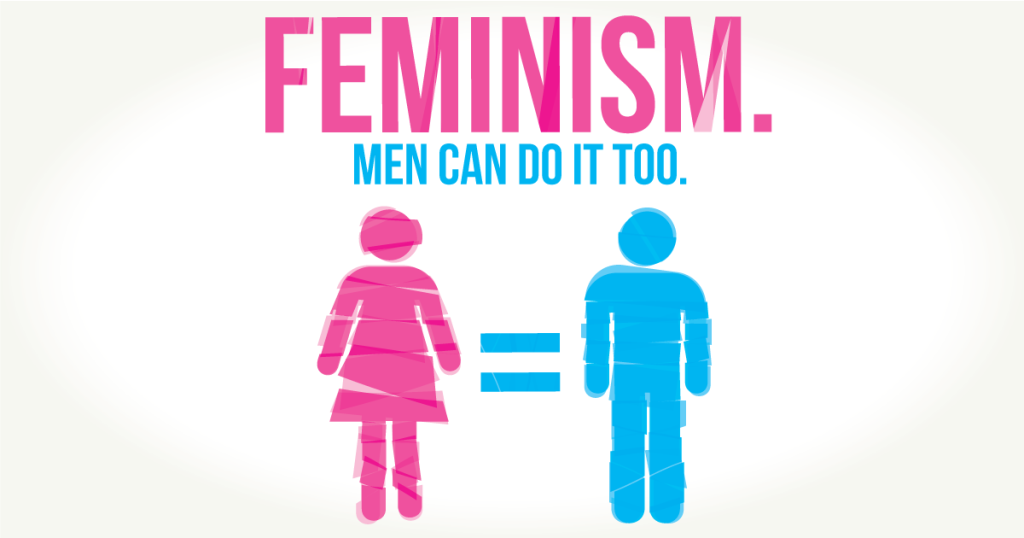 Any genuine person, be it a man or a woman, will sure have no problem with the concept of feminism, because they understand what feminism is. They won’t stand against the equality of women. The problem starts when some feminists voice for equality not knowing the profundity of the term “equality”. They fail to understand that both the genders are biologically different. This is the greatest flaw of the feminists till date.

To show their audacity, feminists sometimes tend to provide false evidences. They never seem to understand the strength of women and they try to accuse men, at the cost of anything. I don’t stand against feminism and I never will. It’s just that, because of the misapprehension of few feminists, the whole concept of feminism is blemished at times.

According to me, all these misconceptions happen because feminists never accept that women are being treated equally in today’s society. The very base of the concept of feminism becomes weak here and so do women. With this thought, feminists themselves underrate the strength of women. Of course there are many injustice happening against women, but there’s no need to look such issues at a feministic point of view. It should be understood that it’s totally about the individuals who did the crime. Because, not every man is focusing on troubling women.

If we trace our history, we could see that it is men more than women, who worked on feminism importance and strived for the betterment of women. During those times they knew the plight of women better and knew how to fight against it even better. Only because of feminists like them, today’s women are enjoying their rights. But, I don’t think some of the feminists today do enough justice like them. The most important point to be noted is that most of the feminists are men and it makes no sense when some feminists hate men for no reason.

Most of the feminists today think that being unmarried will show them as super-feminists. But it’s not. I’d rather say that it’s so pathetic of them to think that way. I’d never say that unmarried women are bad. Many unmarried women will have their own interests and desires or  personal reasons for not getting married. But a woman is thick headed when she remains unmarried to support her cause of being a feminist.

Why many people go against feminism is because of this. They don’t hate feminism but they don’t stand by the principles of today’s feminists. This is because the demands and ideologies of some of the feminists today seem to be highly unreasonable.

Even today, there are many feminists who could be looked upon as role models. It’s not about how you set your ideologies and present it to the society in the name of modernism, but it’s just about thinking right and trying to set things right.