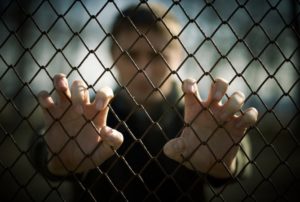 In the words of late legend Justice V.R. Krishna Iyer, ‘reorganization of the worth of infants born and unborn, is the beginning of Juvenile Justice.’ Children are one of the most important chattels to each nation. The definition of the term ‘child’ is in absentia in the Indian Constitution. The United Nations Convention on the Rights of Child 1989, the Indian Majority Act 1875, the Child Labour (Prohibition and Regulation) Act 1986, the Child Marriage Restraint Act 1926, and Juvenile Justice (Care and Protection) Act 2000, defines the term ‘child’ and guarantees holistic development on child welfare, striving to protect right to; birth, education, early childhood, enjoyment, development, health, leisure, name, nationality, nutrition, recreation etc., on priority, yet in the present times, the nation’s malfunction to guard its own future generations is evident in the forms of child marriage, child battering, child prostitution, child pornography and child labour.

Article 1 of the United Nations Convention on the Rights of the Child 1989, states every human being below the age of 18 years is a child. Whereas the Child Labour (Prohibition and Regulations) Act 1986, states that a person who has not completed his 14 year of age is a child. Under the Child Marriage Restraint Act, 1926, a child is a person who, if a male, has not completed 21 years of age and, if a female, has not completed 18 years of age. According to the Juvenile Justice (Care and Protection) Act 2000, ‘Juvenile’ or ‘Child’ means a person who has not completed 18 year of age. The laws appears to uphold every child’s civil, political, social, economic and cultural rights and protection from abuse and exploitation hitherto child labour continues to rob tender generation’s tender wonders, right to rise and unfold their flowering and crib their persona. The nation thus commits societal criminality and culpable desertification of fertile human resources. 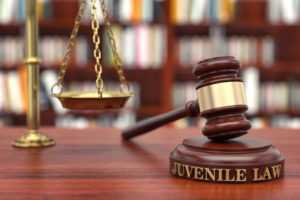 Globally over 150 million children are monetarily active and are involved in child labour. It was most prevalent in Europe and North America in the 19th century and it declined swiftly in the 20th century. The world’s largest democracy, Asia has a monstrous 33 million children employed in various forms of child labour. 1 in every 11 children in India work to support themselves financially. Bihar, Uttar Pradesh, Rajasthan, Madhya Pradesh and Maharashtra are the India’s principal child labour employers. The national capital, Delhi is responsible for a share of 1 million child labour.

The frightening menace associated with child labour is understood from the International Labour Organization’s ballpark figure – globally 22,000 children are killed at work quotidian. Aggravated numbers of street children (in the form of child labours) add to growing sexual abuse of juveniles – it is nothing but a betrayal of India’s Constitutional cosmic vision under Article 23. Millions of children suffer in worst form of child labour under the clutches of the violators as they are pushed into illicit activities, drug trafficking, child soldiering, forced labour and bonded labour. The UNICEF foretells that more than 100 million children will still be duped in child labour by 2020.

A Lilliputian rate of conviction for violators proves that the legislative deficiency needs correction. Violators of child labour go guiltless and blameless despite the national efforts on prevention of child labour in India. Only 25% conviction was recorded between 2015 – 2018. Out of 10,826 reported cases of violation (of Child Labour Act) across India, only 6,320 cases attained the stage of prosecution and the figure becomes more abysmal – only 2,701 cases attained convictions. 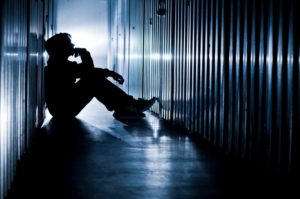 Article 23 guarantees that every child has a right to being protected from being trafficked and forced into bonded labour, every child has a right to nutrition and standard of living and improved public health under Article 47, but the continuing persistence of child labour poses a threat to the fulfillment of child rights guaranteed by the United Nations Convention on Rights of the Child. Boys are abducted, girls are forced into sex slavery; the most abusive form of child labour has become more widespread in conflict and emergency situation. Although the legislation endeavors to protect child rights, the policy framework surrounding implementation is minimal.

Exploitation of children is a social parasite and there is an urgent need to strengthen child protection system and create a convergence to prevent child labour. It is the State’s and statesmen’s individual and collective responsibility to rescue, rehabilitate, repatriate and rescue child labourers rampantly and curtail this existing dichotomy. The Indian Constitution mandates free and compulsory education to children upto the age of 14, yet access to education, relevance of education, understanding and mobilization of families and communities to educate children is deficient. Child labour is preventable; education is the proven strategy for eradication of child labour.