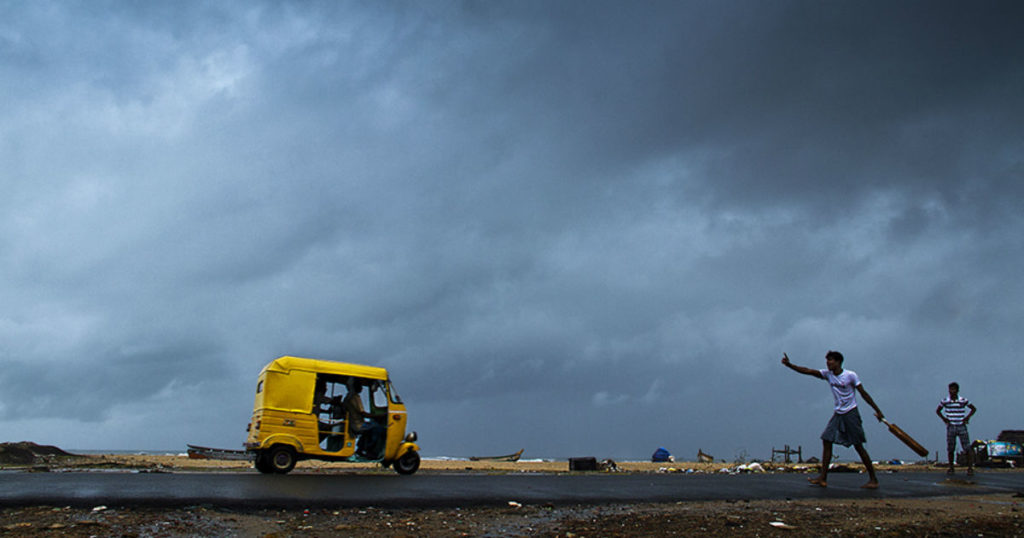 Of late, the riddle of the water problem seems to baffle Chennaites. A typical summer in Chennai revs up the mercury levels, followed by an acute water scarcity problem across different parts of the city. Come the monsoon season, and water again proves problematic – this time by causing inundation of roads. As a Twitter user cleverly pointed out – ‘Till November, water scarcity. After November, water scares city’.
Earlier this year, there was widespread media coverage on the water scarcity faced by Chennai. Allegedly, improper maintenance of water bodies had caused a drought-like situation in several parts of the city. Albeit not entirely a new issue, this year’s drought was considered the worst in the last 140 years.
Now enter the north-east monsoon. Reportedly, the city and nearby areas received 56.6 cm in five days while ordinarily, the recorded rainfall is usually 79cm in two months. Such alarming facts had the residents of Chennai panicked for a possible flood, reminiscent of the 2015 deluge. While the 2015 disaster shed light on the lack of proper urban planning, the city heaved a collective sigh when normalcy was restored, thanks to the efforts of good Samaritans. 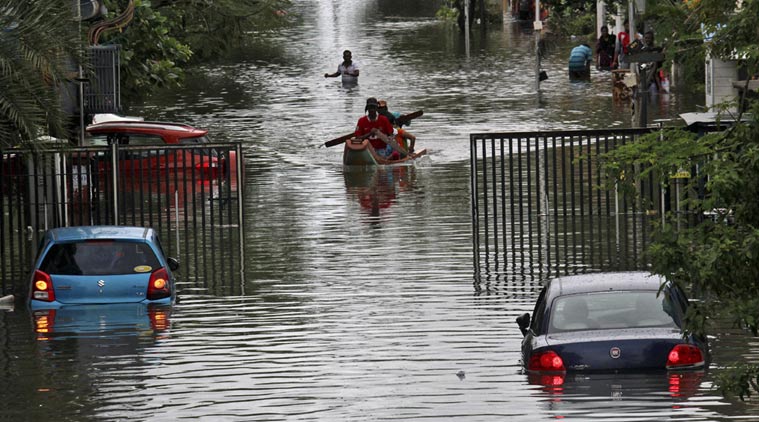 Furthermore, 2015 taught us a lot of lessons. But how far have we learnt? Considering that this is the third consecutive year that Chennaites have had to put up with the water menace, learning seems unlikely. Governments after governments had been so preoccupied with developmental projects, that they turned a blind eye to one of the cornerstones of development: Sustainability.
The rapid urbanisation led to a corresponding shrinkage of wetlands from an astounding 186 sq km to 71 sq km. These wetlands along with a host of other drains and canals acted like sponges – accommodating the excess water due to rainfall or cyclones. The authorities failed to curb illegal encroachment of water bodies and this, along with the lack of a proper flood management system in the city caused all the mayhem. 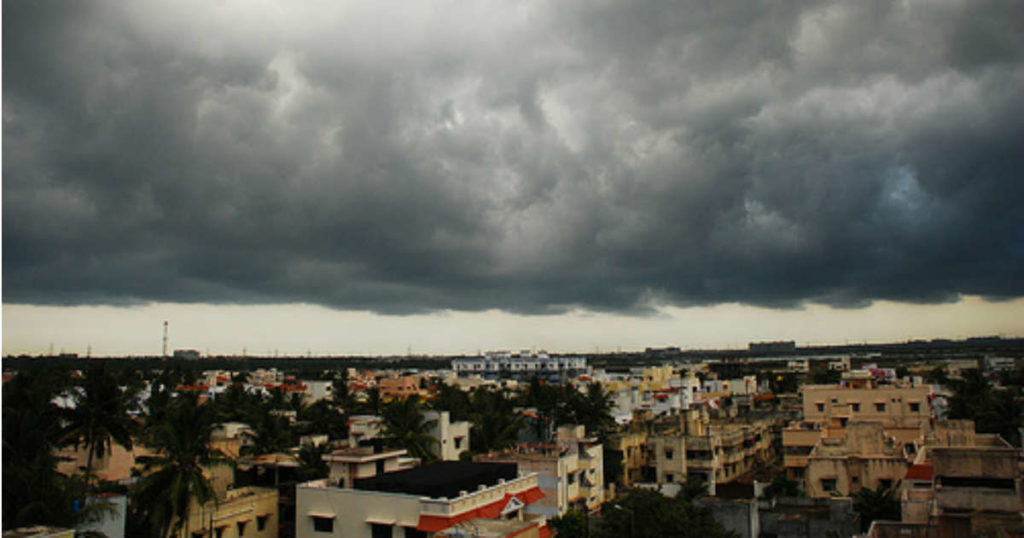 In addition, the existing water reservoirs cannot store most of the excess water received during the monsoons. While some activists rally for construction of new reservoirs, the task is easier said than done.
Therefore, these reasons underscore the downside of our leaders having a myopic vision while addressing the city’s pressing needs. While the idea of development is something that cannot be sidelined, it should never come at the cost of depleting the natural resources.
Consequently, the need of the hour is to chart long-term plans to address the issue of water scarcity and proactively engaging in precautionary steps to keep flood waters in check. Until these steps translate to viable actions, Namma Chennai will continue to be an exemplar of what the English poet Coleridge once remarked – “Water, water everywhere not a drop to drink!”