Director Shadab Siddiqui supports Actress Sri Reddy to pretest against 'casting couch'
The growing Telugu actress Sri Reddy was detained by the Hyderabad police on last Saturday after holding a semi-nude protest outside the Telugu Film Chamber of Commerce. She protested by making allegations of sexual exploitation against some of the filmmakers without naming them.

Sri Reddy has been speaking about the ‘casting couch’ – an euphemism for sexual harassment – in Tollywood which shocked onlookers and the media by taking off her top and putting her arms across her chest. 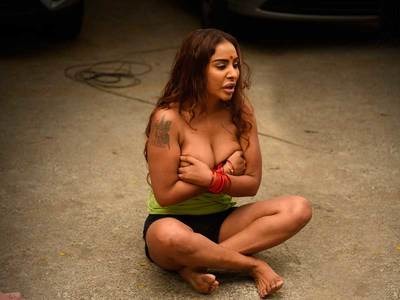 Shadab Siddiqui, a 25-year-old young director, who is well known for creating an impact on minds of many through his insightful direction went on to twitter in support of the protest using #ISupportSriReddy after this incident. He said, “This actress of Tamil films is provoking against bodily exploitation in protest of the drawn-up, a girl who is very daring to work to put off her clothes in public, I support her. She is the sound of millions of girls’ voice.“
Here is the link where you can find the post by Shadab Siddiqui :
https://twitter.com/Shadabofficial/status/982676537735462912
The young actress’ this shocking nude raises lot of questions.