The Hydrabad horror has ended with an early morning encounter demonetizing rapists and revived the debate on women’s safety in India.

A 27-year-old Veterinarian went missing in Shamshabad, Hyderabad, 4 alleged accused spotted the young lady who parked her scooter near a toll plaza. The alleged accused trapped her, raped her and took the lady’s body to an under-construction bridge smothered and combusted her. The police later found a charred body near Shadnagar and confirmed that the body was of the missing Hyderabad Veterinarian. 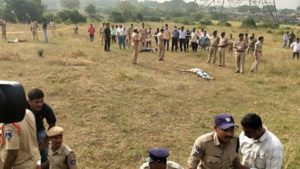 The accused namely Mohammed Arif, Chintakunta Chennakeshavulu, (lorry drivers), Jollu Shiva and Jollu Naveen, (lorry cleaners) were arrested and were charged under Section 302 (murder), Section 375 (rape) and Section 362 (abduction) of the Indian Penal Code. The accused were sent to a 14-day judicial custody. Owing to a mass outcry and staged protests of the public, the Telangana Government issued orders for setting up a Fast Track Court and designated the First Additional District and Sessions Judge in Mahabubnagar to try all 4 accused for gang rape and murder the Veterinarian.

Meanwhile the Cyberabad Police initiated swift investigation; 4 accused were taken to the site of the offence for ‘reconstruction of the scene of the crime’ as part of the investigation in the early hours (to avoid public disruption). The accused tried escaping, snatched weapons and opened fire on the police, in self-defence, the police fired back wherein all 4 accused breathed their last breath around 6.30am at the very spot where the Veterinarian’s remains was discovered.

The resulting rapture amongst people is a bullet in the head of our Judicial System, our Polity and bellicose-style high and mighty bearing slow and endless arguments that hampers judicial process. Rape cases that shook the nation in Delhi, Buxar, Unnao, Malda, Samastipur are yet to be disposed and this delay is dangerous. Our societal Criminal Justice System has failed to provide speedy justice to victims of rape in the past, resulting to a skeletal faith in our Judicial System. More than 32,500 cases of rape are registered with the police station in 2017 (amounting to about 90 cases per day) according to the most recent government data. The syndrome of judicial arrears is so apparent as such more than 1, 30,000 cases of rape are pending at the end of 2017 in Indian courts. 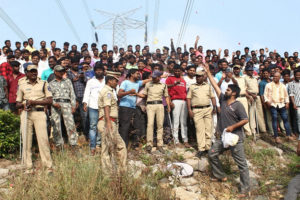 The free world has gone beyond insensitive words and acts slaughtering Constitutional propriety creating a deep scar in our country’s psyche and a dangerous scare in every woman’s confidence of their physical safety. The ill-framed legislation and canny operators of justice are major social concerns.

In the words of late legend Justice V.R.Krishna Iyer, legislative deficiency needs correction that will honour and guarantee personal safety for women in India. Judiciary must prune and pare down the blanket of obesity wherein barbarity does not end in a protracted tussle. Crimes against women are raising and our judicial system appears to be slumbering.

Whilst our society is resisting homicidal jurisprudence with public jubilation to an encounter (that is legally right yet morally wrong), swift Judicial justice is precious to women of India for harmonious habitation. If a de nova law is more stringent and justice delivery becomes swift, crimes can be scrapped. The encounter at Hydrabad is a hung verdict, it is neither authoritarian audacity nor police vandalism – nevertheless a strong message is sent to kindle fear and this police paradigm is not necessarily terrorism rather humanism to some.