Famous film journalist Krishna Mohan Srivastava’s  recently launched book titled ‘Bombay Talkies – The Pillar of Indian Cinema‘ in a grand ceremony in Mumbai. This historical book is based on the life of the founder of The Bombay Talkies Studios – the legendary Rajnarayan Dube and his contribution to the Indian entertainment industry. Senior film journalist Krishna Mohan Srivastava has authored this biography, which is printed and published by Vishwa Sahitya Parishad.

The Bombay Talkies Studios established by Rajnarayan Dube has been synonymous with the Indian film fraternity and has played an integral part in the world of entertainment. It has launched artistes of peerless calibers, such as Devika Rani, Ashok Kumar, Madhubala, Dilip Kumar, Raj Kapoor, Mehmood, Kishore Kumar and Lata Mangeshkar among others. 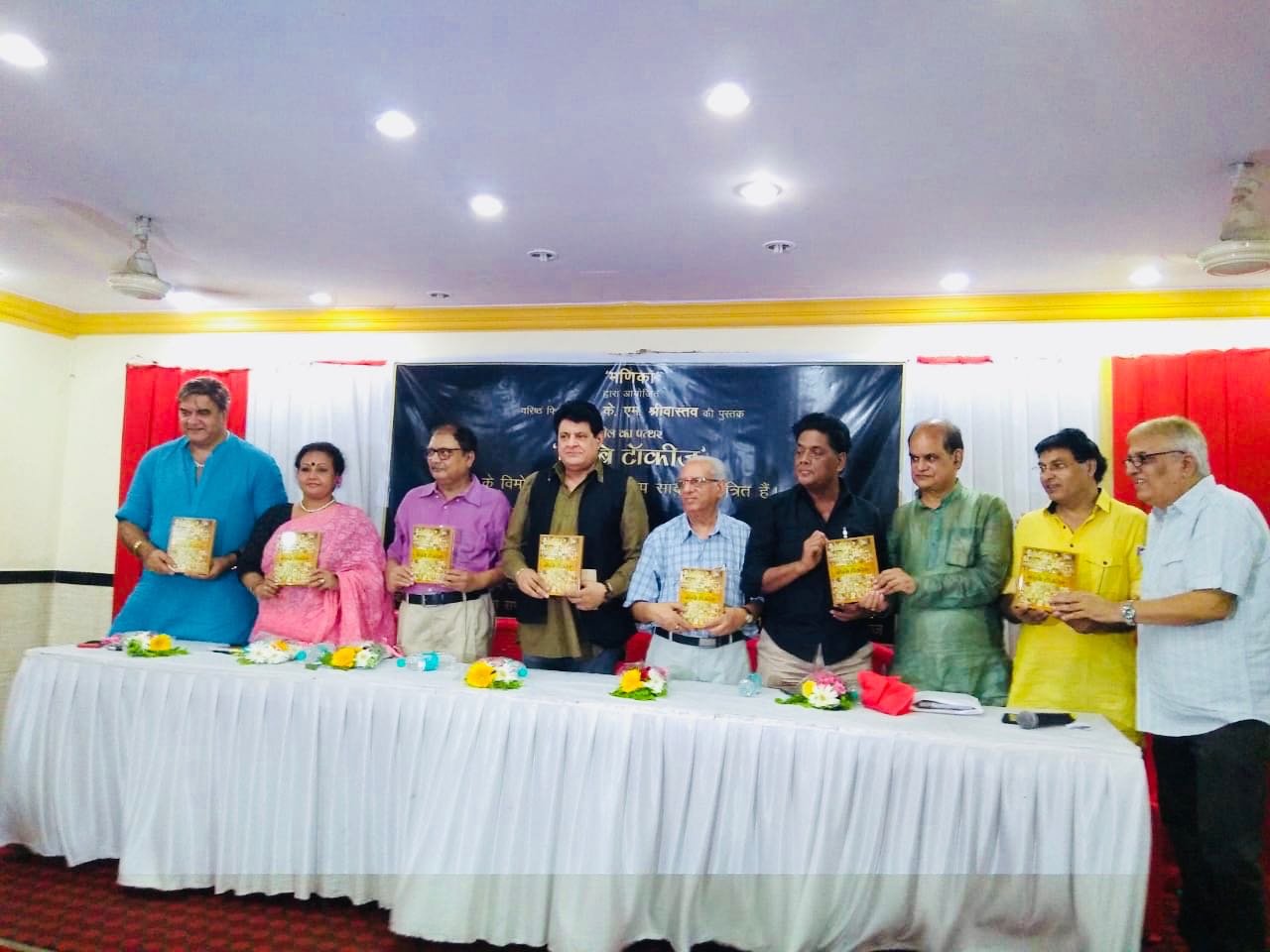 The ceremony of book launch witnessed an array of distinguished film journalists popularly known for their remarkable contributions to the history of Indian cinema. Renowned writers, actors and various personalities from the filmy world graced this eminent event in Mumbai.

Mr. Chandra Shekhar Pusalkar Phalke, grandson of the father of Indian Cinema Dada Saheb Phalke said in the occassion, “With the establishment and work culture of Bombay Talkies, Rajnarayan Dube has played a great historic role in nurturing and developing Indian film industry. He gave it the form of an organized industry and made it to be accepted as a respectful form of art by the civilized society.” 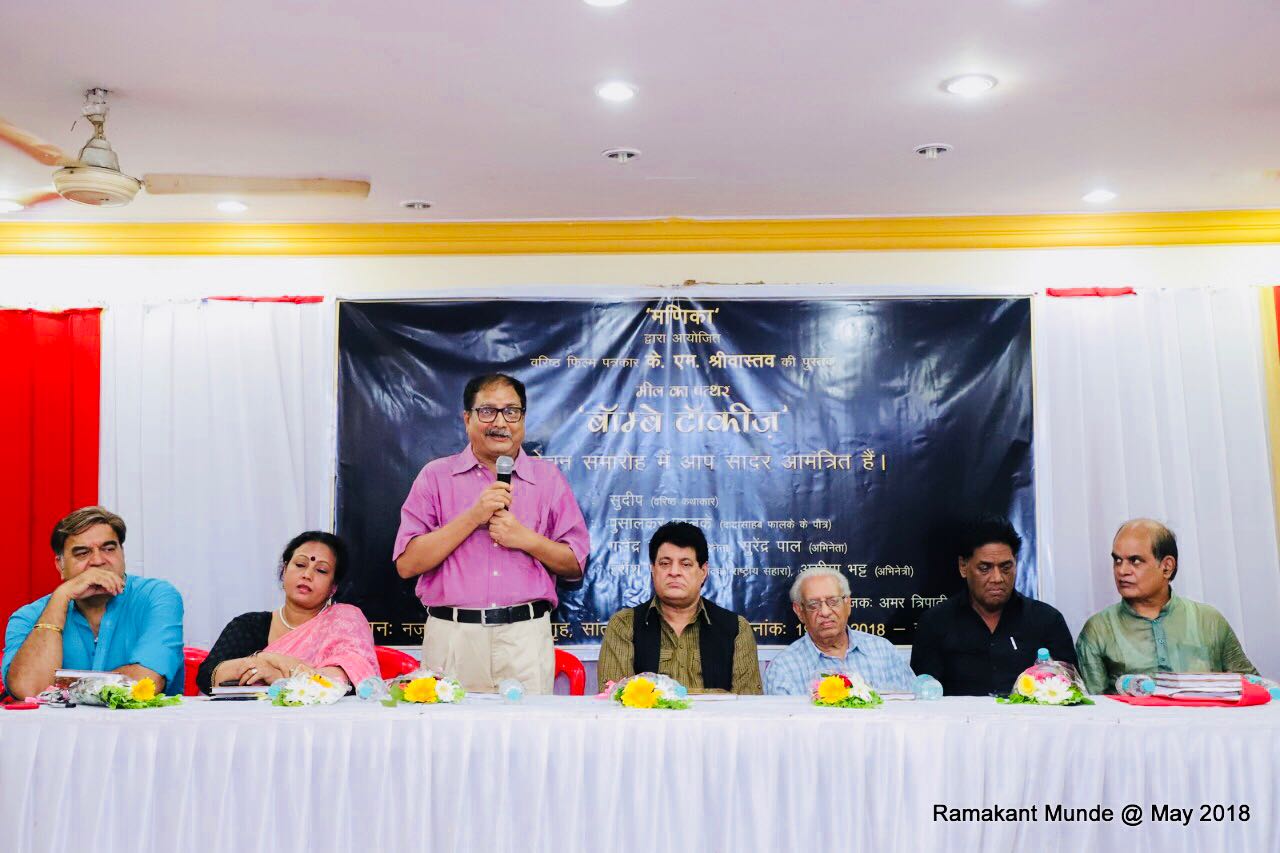 The famous film journalist and author, Krishna Mohan Srivastava has beautifully crafted this book using his experience from his illustrious career of fifty years in film journalism. Bombay Talkies – The Pillar of Indian Cinema essays the establishment and development of The Bombay Talkies Studios by Rajnarayan Dube while it underscores the man’s struggle to achieve success. This publication brings to light some of the unknown and lesser-known facts about the history of Bombay Talkies and its founders Rajnarayan Dube, Himanshu Rai and Devika Rani. It highlights the artistic restlessness of Himanshu Rai, his unparalleled contributions, and Rajnarayan Dube’s strife while on his path to success.

Courtesy to The Bombay Talkies Studio, acting emperor Dilip Kumar, melody queen Lata Mangeshkar, great showman Raj Kapoor, all-rounder legend Kishore Kumar, extremely talented Mahmood and world-renowned director Satyajit Ray along with over 200 other artists and technicians got an opportunity to showcase their talents and achieved name, fame and respect in their own fields. 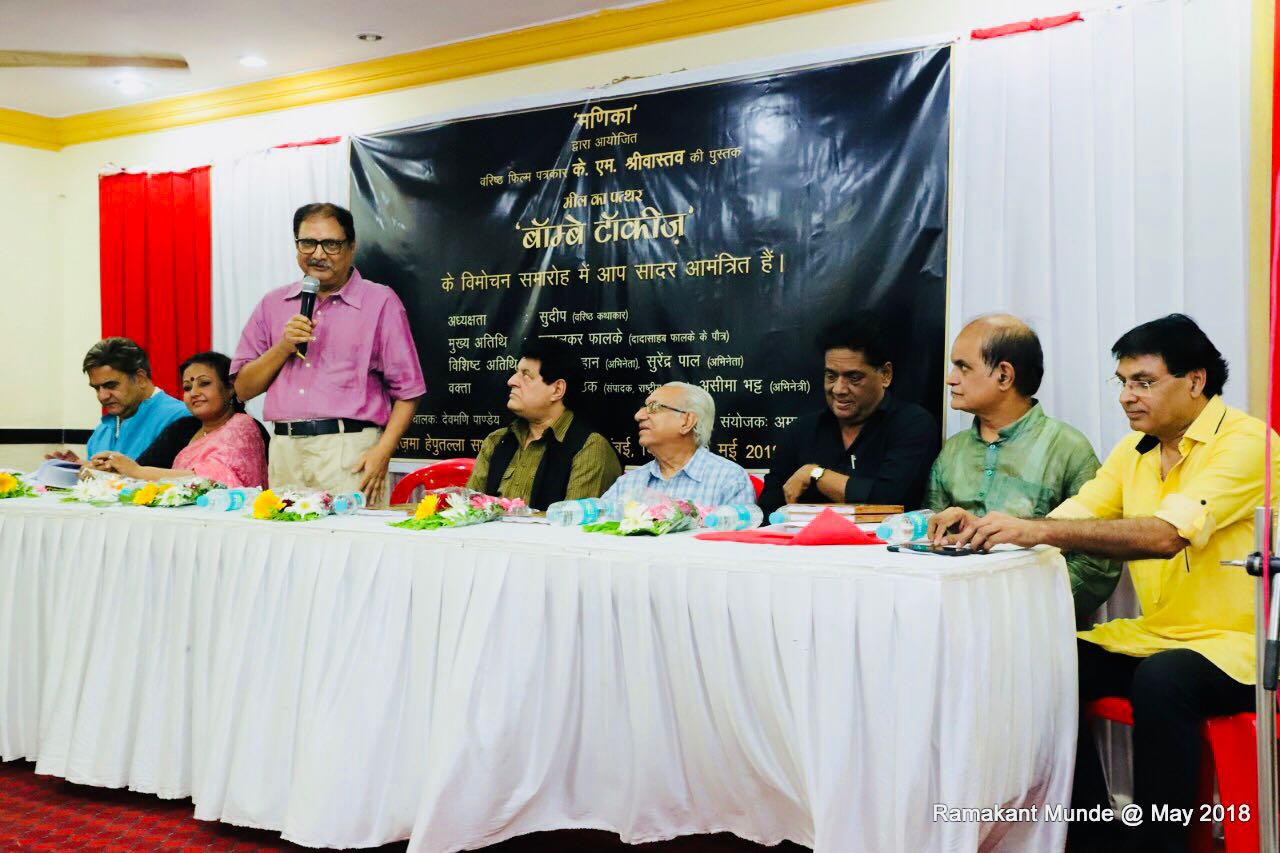 Author Krishna Mohan Srivastava hopes this book will be another milestone for the film business. He expressed his happiness and shared, “I am very happy to present this information at this time when The Bombay Talkies Studios is making a splendid comeback after a vast gap of six decades by the fourth generation of Rajnarayan Dube.”

The Bombay Talkies is now all set to make a comeback with its forthcoming film Rashtraputra, which is based on the life of one of the greatest revolutionary Chandrashekhar Azad. The film is helmed by a military school student, Azad and will be released worldwide in 26 Indian and foreign languages, like, Tamil, Punjabi, Telugu, English and French among the rest. The movie will also release in Dev Bhasha Sanskrit for the first time in the history of world cinema.