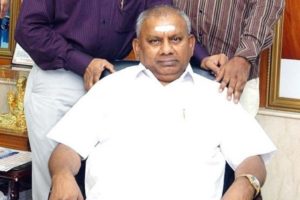 A fascination of the 1990s led P.Rajagopal – a wealthy founder of Saravana Bhavan hotel chain, to marry a young married woman, Jeevajothy wife of Santhakumar and daughter of his own employee; abducted and murdered Santhakumar in 2001 due to his intense obsession over Jeevajothy and astrology became victim[s] of astrology.

Subsequently, Rajagopal charged with penal Sections 302, 364 and 201 was found guilty for abduction and murder – was sentenced to 10 years of rigorous imprisonment by the Sessions Court 2004. On appeal against his sentence the Madras High Court sentenced Rajagopal to life imprisonment in 2009. Nevertheless, intransigence Rajagopal appealed – in 2019 the Supreme Court duly upheld the life imprisonment and directed him to surrender. 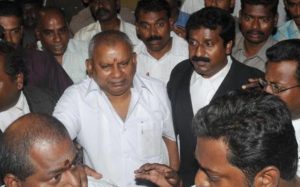 Unconventionally Rajagopal (the life term convict) who never claimed to be sickly during the legal battle suffered a ‘heart attack.’ On admission in a government run hospital – his health deteriorated. He instantaneously sought for an extension to surrender which was ostensibly denied and he was directed to surrender immediately. Meanwhile, Rajagopal’s son instantly moved to the High Court of Madras to shift his father from the government-run hospital to a private hospital alluding ‘worsening health issues.’ The Division Bench of the Madras High Court approved the reallocation after the hearing the opinion of Government Advocate representing the State (who ought to have strongly opposed the reallocation apparently).

The traumatic memories of this tragic spell and to the most unkindest cut of all can be described in the words of Late Legend Justice V.R.Krishna Iyer, ‘the Indian justice system is shamefully and shockingly slow, judged by the tempo of justice.’ Also the failure to acknowledge the noble and virtuous services rendered by ‘Government run hospitals’ as the judicial lock-jaw sways convicts to run amok is infinitesimal bovine care to government run hospitals and a caged convict awaiting lethal fate is a mockery of Government run hospitals- does safeguards a government hospitals mean nothing? 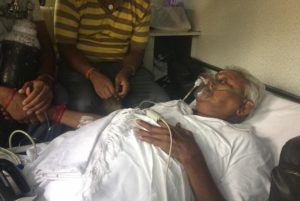 The fact remains that the value for life is vested with money power and/or muscle power – seems light whatever the rhetoric of the highest judiciary be. The nag of humane justice is hung half-mast. A 72 year old life imprisonment convict – unexpectedly dies today under suspicious circumstances. I in the name of humanism and constitutionalism appeal to consciously mull over foul plays of wrongful gain[s] of impulsive suspicious deaths/murder of this kind in private hospitals including the death/murder of our former Chief Minister, Cho Ramaswamy and temper legal justice with humane justice. Life must win – even for a convict for killing his love rival.