In recent years, many doctors, scientists, and researchers have been confronted with the ills of the century, brain diseases, Parkinson’s, Alzheimer’s, Dementias, etc. They are all anxiously inclined to a probably fruitless search, the discovery of a drug, a therapy that works for everything, a substance that is the panacea for these ills. Little is known, however, about the role of changes in nutrition and lifestyle and how much these can increase diseases whose cause is often not yet known. 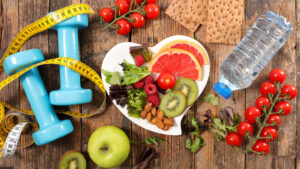 Today neurological diseases and mental disorders can be traced back to biological and pathogenetic processes of brain function, a sort of “neuro-inflammation”.Investigating the main dietary changes that took place in our “era”, the Anthropocene, we see that sugars, cereals, carbohydrates, in general, have conquered the world. We have gone from the Paleolithic dominated by meat and culture of hunters, to a Neolithic focused on the discovery of agriculture, the food industry and livestock, in an exponential way. In particular, this sugar-based world is characterized by a man compromised by now chronic inflammatory processes.

Adipose tissue, visceral fat, obesity, metabolic syndrome, diabetes produce growth and inflammatory factors from which it is difficult to escape. An early feature of Alzheimer’s disease (AD) is the specific regional decline in glucose metabolism in the brain. Unlike other tissues in the body, the brain does not metabolize fat efficiently; therefore the adult human brain relies almost exclusively on glucose as an energy substrate. Therefore, inhibition of glucose metabolism can have profound effects on brain function.

In this regard, the term diabetes III has recently been coined to explain some neurological diseases such as Alzheimer’s and therefore the dependence of these inflammations on an excess of sugars and carbohydrates. How do we detox from all this sugar since we have always been taught that the brain only consumes glucose? The hypo-metabolism observed in AD has recently attracted attention as a possible target for intervention in the disease process. A promising approach is to supplement the brain’s normal glucose supply with ketone bodies (KBs), which include acetoacetate, β-hydroxybutyrate, and acetone.

Neurons and astrocytes are also capable of producing energy using BHB (the quintessential ketone) B-hydroxybutyrate. Studies on prolonged fasting, during which there is an important production of ketones used to feed our brain, work the cognitive functions as well as when only glucose is consumed. Ketones have allowed us to survive long periods of fasting, famine, and to chase prey until they are exhausted to catch them (ketones also nourish the heart and muscles well).

In some in vitro studies, it has been confirmed that the brain metabolizes BHB primarily over glucose. BHB was induced by both direct infusion and administration of high-fat, low-carbohydrate, low-protein ketogenic diets. Recently, children with drug-refractory epilepsy have been treated with the use of exogenous BHB. In neurodegenerative disorders (Alzheimer’s and Parkinson’s) neurons live longer, exerting a preventive effect with ketogenic diets and BHB supplementation. In all cases where there is reduced availability of oxygen, the cell benefits from BHB as the best metabolic substrate. Cognitive impairment and neuronal survival from micro embolisms tend to improve after BHB administration.

Our brain, even if it constitutes 2/3% of the body weight, spends from 20 to 40% of the available calories; but what allows us to produce all the energy we need for such a spectacular brain if not ketones? Today, a leading company in the world such as Prüvit has placed on the market Ketone Salts, a completely natural technology with a patent of Bio – Identity to the same ketones produced by the liver.

We are the only species capable of burning glucose (and if it is too much, of getting sick); but above all we are capable of exceptional performance by burning BHB. In combination with all this, another excellent food for the brain in association with the ketogenic diet is galactose. Galactose is one of those simple sugars that does not need insulin to be transported. 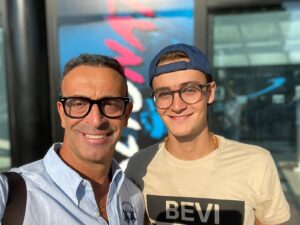 Today, to counteract serious brain diseases and also as excellent prevention, the non-invasive transcranial NIR photobiomodulation is a machine that really closes the circle on everything we have listed so far. The latter is also a technology that works on important diseases such as Parkinson’s, Alzheimer’s, strokes, panic attacks, addictions, sports professionals, businessmen, students. But above all a means of anti-inflammatory prevention of our brain.

In conclusion, all this can make us say that we have all the credentials to be able to lead a healthier life full of energy, physical strength, mental focus but above all a beautiful prevention against degenerative diseases.

The author of this article is Dr. Massimiliano Sciannanteno, an osteopathist with decades of experience in the field of physical, nutrition, and emotional wellness. 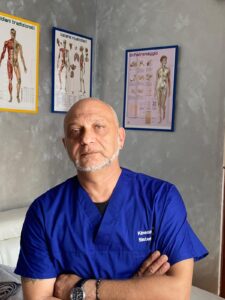