Ketones are certainly a less harmful alternative to the sugars that dominate the sports supplement market, but there are some clarifications that I would like to make in this regard. “In nature, nothing makes sense except in the light of evolution”.

In reality, there are numerous core habits that man, like any animal, plant but also bacterial or fungal species, must respect to stay healthy, simply because every reaction, every enzyme, every structure is made for a specific condition, generally different from what we could define as “the new normal”, which is not so normal. On the other hand, a dog cannot stay indoors all day and even those of us who thought that man was a sedentary species probably changed their minds during the lockdown. 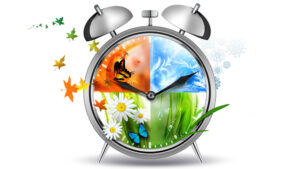 There are things that are good for a particular species and others that are not, but this sentence is downright simplistic. In fact, the “when” is often overlooked. Chronobiology is the science that deals with studying how the responses of biological systems change, for example, with circadian rhythms (of about 24 hours) or longer, seasonal or annual. During the day, cortisol, growth hormone and testosterone levels change and, depending on the levels of these hormones, the response to insulin, the ability to use the endogenous energy reserves or to repair muscle damage, change.

But all this is simply because man is a diurnal species and it is useful for him to use catabolism and his own energy reserves during the day, and instead of eating in the evening to then rest and “rebuild”.

Let’s think about it: when we eat a gazelle or a large, fat fish, we immediately feel good. Food is not fuel, but above all SIGNAL, and in this case, the mediator of the signal are Omega 3 and some other molecules they produce, resolvins. Resolvins do not just block inflammation, but resolve it, transforming, for example, neutrophils – which otherwise would have gone on to produce free radicals (maintaining low-grade inflammation, the origin of more or less every disease) -, in cells responsible for eliminating the “rubble” of the inflammatory process. On the other hand, if the hunt goes wrong and we fast for a long time we will use our fats as fuel, and at some point, from these, we will produce ketones, excellent fuel for the brain and muscles, as well as important mediators to reduce the damage of oxidative stress generated by free radicals. or reduce tumor progression. Ketones try to save the shack when catabolism prevails over, for example, the anabolic pathways of mTORC1 and the right thing for our bodies is a skillful alternation of autophagy and construction. Moreover, by eating (or rather: by eating in a certain way) we block catabolism; the sensors of this process are many: for example, when the Malonyl-CoA in the cell increases, the fate of AcCoA changes (from energy production towards the synthesis of fatty acids) while when Malonyl-CoA decreases, the acetyl-coenzyme A is used to produce energy in the Krebs cycle and this is very important to us! Since we, basically, when we are in ketosis we use beta-hydroxybutyrate to produce Acetyl-CoA (and an extra NADH) and therefore energy, while if instead we eat sweets and pasta and think of solving overweight problems by ingesting ketones, well sorry but that Acetyl-CoA produced by the exogenous ketone will indeed become an Acetyl-CoA, but it will be used as a building block for lipogenesis, the construction of adipose tissue.

Everything, therefore, depends on how and when, while we are here and now, who are looking for a lost or never possessed health or the maximum possible performance that that health does not affect. But the here and now are rather relative.

There is an evolutionary discrepancy between the genetic here and now and the current environmental one. Our australopith ancestors had to adapt to enormous climatic upheavals, such as the desertification of eastern Africa, savannah, instant flooding, and then continuous changes in temperature and rainfall. This led them, indeed “us” led them to become able to walk (first to look for new patches of trees, later to look for seeds and nuts or even organs, brains and piths from carcasses) and then to run when it would have been the time to really become super hunters. But this happened after millions of years of selective pressure from that arid and difficult world that shaped us. A difficult world where food was not always there, while our cousins, ancestors of chimpanzees in the West, had gone better (?): They just needed to reach out a hand (or paw?) To find a fruit. And that’s when we got so good at improving our ability to use fat, we developed bigger fat tissue than other primates (other Great Monkeys don’t swim or float!), Adjusting to using dense foods. nutrients as an energy source (and it’s a good idea because oxidizing the fastest sugar provides 6 ATP per carbon molecule or little more, oxidizing a fat provides over 8!) obtaining a variety of additional benefits: 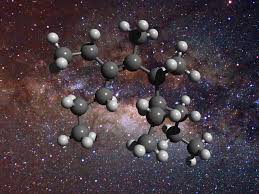 • fats accumulate more efficiently than sugars and carry less water
• by eating herbivores we find a way to exploit the only food source that has increased with savannah, grass! Grasslands provide us with energy in the form of 3 Ma meat (millions of years ago)
• among all these fats there is one class, in particular, the long-chain Omega 3, and even more specific one, DHA, which is perhaps the most important molecule for brain development.

The last piece we need to understand how we work is knowing that man as an individual is not just Homo sapiens but the sum of all bacterial, viral, and fungal species that live in symbiosis with it. Under physiological conditions, the thousands of species that inhabit us play metabolic roles of protection, regulation, and signaling so important that we could talk about the intestinal microbiota (the best known, but there are many others such as the dermatobiota or the lung microbiota!) an organ.

This role does not end in mobility and regularity, as there is a direct path to the brain, the entero-cerebral axis. Think that there are bacteria, which the flora of elite athletes is rich in, such as atypical Veillonella that eat lactic acid (raising our threshold) and produce propionate (a cousin of butyrate) providing us with energy to run faster and produce more lactate: an advantage for us who take the gazelle and also for them. Furthermore, what I have noticed is that supplementation with exogenous ketones increases, in already keto-induced athletes, the endogenous production of ketones.

INTEGRATING… BUT WAS IT NOT USELESS BY DOING EVERYTHING RIGHT?

It could be argued that if one follows a perfect diet, trains well, sleep well, and so on, there is no need to integrate anything. True and at the same time false. Let’s take the example of Vitamin D: it may not be necessary to take it as a supplement if we were in the sun as much as is foreseen by our genetic heritage which remained at the here and now a few tens of thousands of years ago and not in that of Milan, New Delhi or Stockholm: were more where less we are too indoors working on the computer, like the writer at the moment (and in fact, it is much better to stay there with blue-blocker glasses that shield from excessive blue light and use devices that allow discharge static current by grounding it, earthing).

I don’t use synthetic ester ketones, perhaps more powerful but certainly less physiological, but bacterial fermented products, basically post-biotics, not too different from a conceptual point of view compared to the bifidobacteria or lactobacilli integrated daily by hundreds of millions of people, with the difference that here we use a fermentation product of a specific strain.

THE WAY OF FORCE

What I, therefore, consider the correct way to follow involves a progressive re-appropriation of one’s genetic prerogatives by doing everything possible to live in the most physiological way possible and therefore:
• Eating as we have evolved to do so, both as food classes used and as a use of fasting and the principle of alternation
• Learn to move as we have evolved to do it, that is, starting from the barefoot and cascading back up to correct the running or swimming technique
• Live how we evolved to do so, from the way we sleep to how we raise our children (also to avoid our own welfare problems)
• Training as we have evolved to do it: from considering the hyperspecialization more suitable for a squirrel or a shark than for man (an eclectic animal par excellence, think of a Roglic who comes from ski jumping or a Sinner who is from Alpine skiing!), to using our energy supplies, integrating with what we should have had and do not have.

In Nature, man (but this applies to any predator) hunts fasting, and when he has eaten he sleeps! Eating activates the anabolic pathways and makes us go from fat burner to fat storer as well as making us use energy to digest.

Gabriele Colucci, believes that “to help others to be the best version of themselves”, he has tried Ketones and has never felt so good. Now wants to spread the word about this novel extraordinary natural advanced technology. 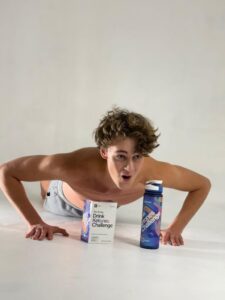 This obviously is just a taste of what we can tell each other, I can refer you to my latest book, Feeding the Force, where many of these topics are explored, for now, it is in Italian, but I trust there will soon be an English version with which we can communicate something extra. May the force be with you. 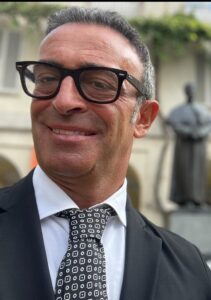 The author of this article is Dr.Fabrizio Rapuzzi, a surgeon specializing in sports medicine, trained physiologist, for years he has been involved in the preparation, posture, rehabilitation of sportsmen and athletes of all levels. He is the founder, together with Paola Gallerani, of Re-evolution, a new way of understanding medicine, integrated with evolution and physiology. 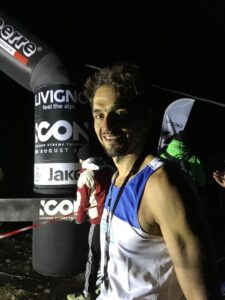