Is migration a threat to peace and security? - Talismanian

Migration marshals multiculturalism, it can be considered as a pride of cultural diversity but in some states multiculturalism is undesirable. Based on democracy, peace and security, migration has advantages and disadvantages in both the country of origin and the receiving state. Migration can be a threat to social security and the state’s welfare system; particularly refugees and asylum seekers. 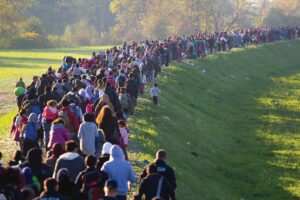 Economic deprivation, political persecution, ethnic cleansing, etc., are some of the grounds for migration. The common notion is that migrants globally pose a threat to society; migration is now a forerunner of the security agenda, particularly in Europe and North America. The IOM World Migration Report revealed that the estimated number of international migrants was 150million in 2000 – whereas in 2020 it rapidly increased to 272 million. Initially, security studies portrayed that threats were only limited to the military sector however in the recent past, the definition of threat[s] was expanded and security risks now include societal, environmental, and economic threats.

Migration as a societal threat is not universal – one state may embrace migration whereas the other will exclude or limit it; for example, countries like Canada and Germany embrace multiculturalism. When the receiving state compromises its own original values, traditional cultural, linguistic, and religious practice[s] and its identity are subject to constant challenge[s] with an adverse impact, international migration is seen as a threat at the receiving state’s internal peace. As migrants refuse to integrate, the receiving state faces societal security threats, leaving a negative impact on its core values leading to the state’s instability. Although international migration poses a threat to peace and security in the receiving state, precipitation of migration from the country of origin is a survival strategy due to endemic poverty coupled with the dearth of a political voice.

Economic impact on migration differs universally; labor migration of highly skilled workers is a ‘brain drain’ in the country of origin 1 and a ‘brain gain’ to the receiving state. Remittance transferred to migrants’ countries of origin has a positive impact on poverty alleviation and financial development. Consequently, labor migration overlaps human security with a positive impact on the economy, physical and financial condition of the country of origin. Alternatively, from a panoramic perspective, highly skilled migrant workers confiscate potential careers of native-born workers and sternly contribute to economic problems in the receiving state.

The relationship between international students, migrant laborers, and unemployment is unclear; common civic insight is that labor migrants pose a threat to job security, depress wages, unemployment in the receiving state but international students enhance the economy of all receiving state[s]. Native Canadian workers are not affected by migrant workers or may be affected only to a minimal extent because the wages of natives are adjusted and labor
demands are restored at regular intervals. In the United Kingdom, most workers remain unaffected and some even gain from migrant laborers. 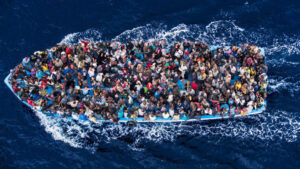 On the contrary, the welfare system of the receiving state is rather exploited illegitimately by refugees and asylum seekers. Refugees are usually copious and do not possess their own housing, education, sanitation, etc., and tend to seize the social benefits of native citizens. However, the European Refugee Fund attempts to ensure that funds are allocated fairly so that the natives don’t suffer unjustly. Terrorism is undoubtedly a universal threat to the internal security of every state[s] and its connection with migrants is highly questionable. Due to the amplified objective veracity and perceived threats by migrants, the Schengen Agreement and Convention of Dublin connected immigration to terrorism, international crime, and border control, and the Department of Homeland Security in the
The United States monitors threats to internal security in an attempt to maintain peace and security. Nevertheless, terrorist attacks are not a result of open and liberal immigration policies; it can be due to a lack of constant and vigilant monitoring of the security system.

Correlation between terrorism and international migrants has resulted in alienation, exclusion, and racial profiling of migrants which is rather problematic. Owing to its connection to security, migration management has upgraded itself resulting in the EU’s external relations core policies. Increased migrant flow contributes to an increased crime rate; a higher migrant population equates to high crime rates. The majority of the prisoners in Spain are immigrants with criminal antecedence. Conversely in the United States, migration has no effect on the city’s crime rate. Whereas in Yugoslavia movement of refugees in conflict zones is a threat to regional security. Refugee children are victims of sexual violence in Guinea, Liberia, and Sierra Leone. Therefore taking into account the best interest of the child, on a humanitarian ground, migration of child refugees are not a threat to peace and security of the receiving state. 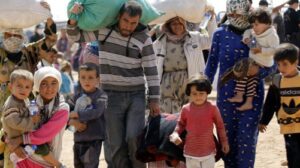 The dynamics of migration is invariably a threat to the society, economy, internal security, and public order – dilemmas of inclusion and exclusion of migrants are apparent. The Universal Declaration of Human Rights 2 anticipates and envisages a human-centric approach based on interculturalism and multiculturalism re-defining security by asserting that “everyone is entitled to a social and international order in which the rights and freedoms set forth in this Declaration can be fully realized” on a global perspective.

Therefore migration is not causality but is rather core liberty and the country of origin that is exposed to threats ought to rely on the United Nations Charter, the Universal Declaration of Human Rights, and the emergence of the human security model that acts as a human security model to overcome the challenges migration poses to the receiving states.

(The author is Ms.Maffi, Advocate, she holds a degree in law from London, a Legum Magister in Legal Practice from the City University, UK and a Legum Magister from United Nations Interregional Crime and Justice Research Institute, Italy )