The Mythical bird of Ramayana: getting ready to 'Rock' on Jatayupara..!! 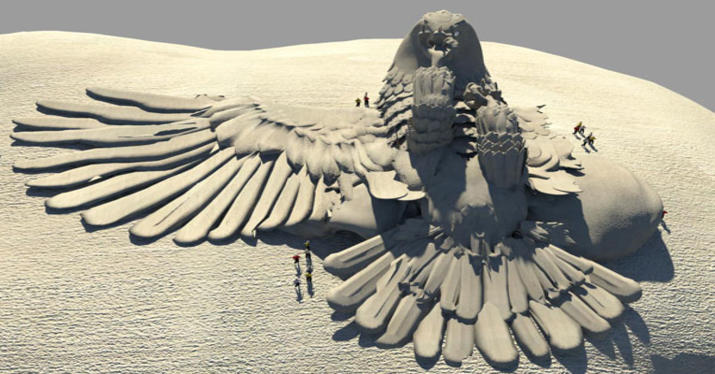 About 850 ft above sea level in the cradle of Western Ghat valleys lies this wonder. Hills with lush of green all around. Above these hills through the air routes was once in Threthayuga the famous epic vehicle, ‘ The Pushpakavimana’ flew through. It was here an abused lady’s wail surged. It was here the giant noble bird fell down with broken wings who, despite thinking about his own life flew around to save the besmirched lady; says the myth.

The mythical noble bird who fell down by the attack of the weapon of Adharma is having a rebirth in this Kaliyuga, getting ready to be showcased as one of the world wonders. 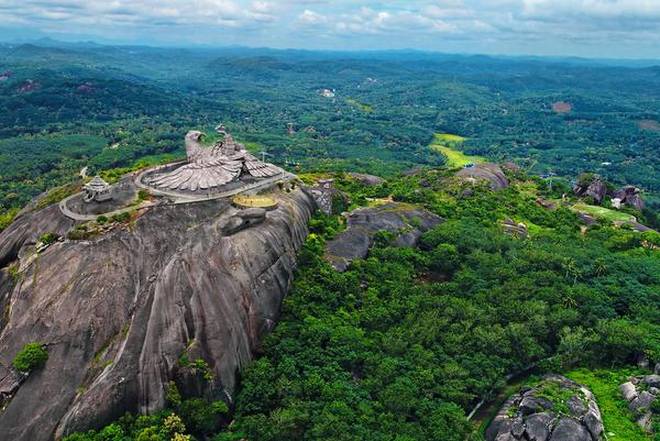 The mythical story is familiar to every resident of Chadayamangalam, a village of Kollam district in Kerala. In the epic tale Ramayana, the noble bird Jatayu, who was wounded and fell down to death while fighting with Asura king Ravana to protect Sita from being abused is believed to have had happened here on the peak of this rock. A prominent rock which is in the midst of all the other hills. Thus this place came to be known as ‘Jatayumangalam’ and over the years it has changed to Chadayamangalam, which is the present name. The rock peak is famous as ‘Jatayupara’ ( Jatayu rock).

Here the unbounded limits of myth and sky have a lot more to say to everyone who visits Jatayupara. Nature gifts each visitor with its natural beauty making it an unforgettable experience. On these rocks, it is the succession of a beautiful dream that a sculptor had seen has been transformed into a Jatayu sculpture raised towards the sky. 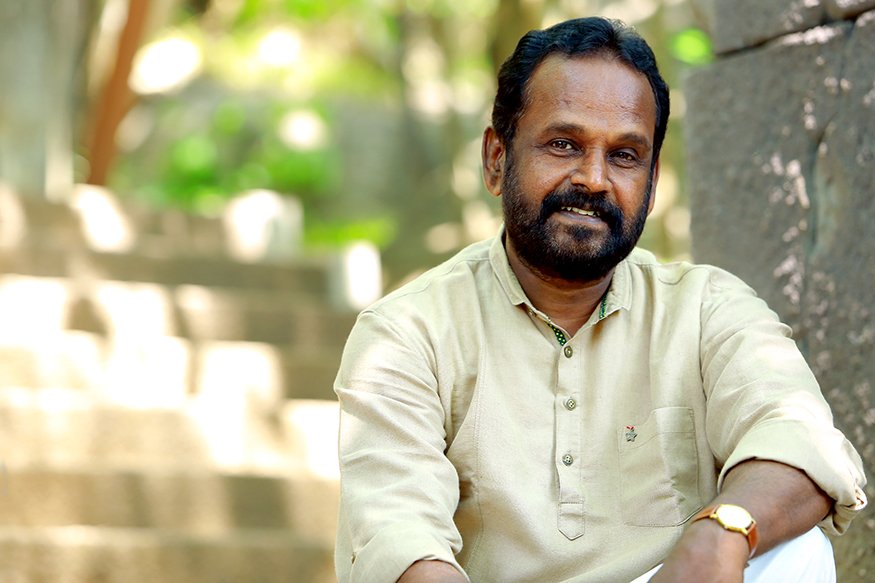 Rajeev Anchal a sculptor and a renowned filmmaker always had a question in his mind, “Why not a Jatayu sculpture on this Jatayupara???. KTDC approved the master sculptor’s model and now his dream question has come to a reality. The project is completed without hindering the nature and its belongings. On the rock, the Jatayu is lying flat on its back as fallen from the sky. It is 250 ft in length, 75 ft of height and 150 ft of width. Inside the sculpture is a five storied building of 10000 sqft. The entrance opens from one of its wings to a multidimensional theatre and a modern digital audio vision museum. The theatre would screen repeatedly the epic air battle movie of Jatayu and Ravana. Looking through the right eye, one can see the frantic blues of Arabian Sea and be surrounding beauty through the left eye. In the tail of the statue, a theatre has been set up depicting the tale of Ramayana.

It is from about 50 ft above the rock surface the statue is built with two ways to reach there; the ropeway and the walkway.  South India’s one of the most modern ropeway ride is implemented here which has been imported from Switzerland. Sixteen, 8 seated glass covered cable cars are used to reach people up to the rock. The walkway is about 1.5 km long through the beautiful greens and woods around.

The most peculiar thing in the Jatayupara journey is a walkway built by stones. It was built by an ancient method of interlocking granites without hindering the natural flow of rainwater through the path. This amazing work has been done by a 70 yr old Balan Pillai by chiseling 60,000 granite stones by himself. He worked for 3yrs for this amazing work to reach completion.

The Jatayu tourism is dispensed without bursting any rocks in and around. There are pretty many isolated clusters of rocks seen all around in which nature has built up huge caves, enormously big trees, and various medicinal plants. By retaining these caves as such, healing centers following traditional Ayurvedic methods, are running in it. It is first time in Kerala a cave tourism project is dispensed. 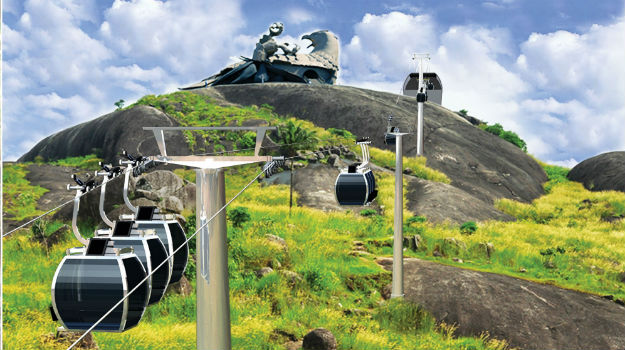 The adventure tourism here is very attractive. There are facilities for adventurous sports like rappelling, trekking, low rope activities, zip line move through inclines of cliffs, Burma bridging, commando net, paintball etc… The entire ambiance of the project would surely take us to an older era feel. Even centuries before this Adventure Centre,  Jatayu, and Lord Rama were worshipped here with special offerings. Now it is a Kodandarama temple.

This Jatayu sculpture is moving closer to set the world record of biggest bird sculpture and put its signature on the world tourism map. In this March the sculpture and ropeway are said to be opened for public and towards the end of 2018 will be the official inauguration of the project. The Jatayu is also representing India in the short film which introduces the world’s most prominent sculptures.

Words have limitations than visuals and visuals are endless. So plan a trip to Jatayupara for an ever new experiences. The noble bird is calling world towards it.