The Protection of Children from Sexual Offences Act, 2012 (POCSO) was celebrated to a large extent and remains a welcoming step. It attempts to curb child sexual abuse but at least did we realize its bareness and its defectiveness.  It is imperative to identify and either replace or amend its shortcomings with a more effective law or an amendment[s] as statistics stands as witness. 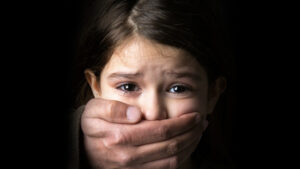 With a long-drawn legal process, children remain vulnerable to pressure – even with the setting up of fast-track courts; which rather remains insufficient.  Despondently, only 20% of cases were finished within a span of 1 year, leading to a sharp increase in pendency of cases from 77,000, to 1,66,882 and currently 2,44,001.  It is fair to say that there is a momentous increase in cases and a significant shortage of police personnel.  However, statistics indicate better enforcement and/or amendments in POCSO so as to effectuate the law in its true sense.  A large number of children suffer violence and neglect, yet only handfuls are reported as multitudes remain unreported due to the stigma.

Underlying India’s rampant sexual violence entrenched patriarchy that discriminates girls and often encourages toxic masculinity, “even in a most recent POCSO case wherein a government employee, charged with raping a minor (multiple times) the world witnessed the Supreme Law of the Land in India posing an elucidation ‘asking the rape accused if he was willing to marry the minor he raped.’ Assuming this evolved to be a settled judgment, the crime of rape will still remain an offense in rem…If reducing the reprimands in the POCSO case (most recently) resulted in ‘setting a dangerous precedent,’ asking the accused to adhere to a ludicrous promise he gave to a minor (rape victim) who lacks immaturity shows the amateurish laws…

In light of this grim reality, children constitute more than 40% of the population and there are a sheer number of children who are in need of care and protection particularly the girls.  Victims face incessant inconvenience from the time a case is registered and also during the trial and some even after the trial.  There is no support rendered to victims either during or after such brutal incidents with which they will have to live with eternally.  Violence against children is widespread but our outrage is only sporadic and catatonic.

Media ought to generate social solutions to social problems which thereby puts pressure on policymakers who may elicit new perspectives and collectively activate community members.  Media can have a greater influence on the discourse and subsequent policy than actual evidence (upholding the anonymity of minor victims).  Episodic coverage of violence contributes to public fear and greater support for the strict policy.  Individual cases and certainly high profile cases often promote public attention and advocacy which leads to public reforms.

Child sexual assault is a scourge of Indian society and statistics reveal that POCSO is neither implemented effectively nor efficiently.  As the late Legend Justice V.R.Krishna Iyer who immortalized himself by his macro-scale contributions to human progress, there is a pressing need for a multidimensional approach and the onus lies with the government, the police department, judicial system, and the media ie., the Pillars of the Constitutions to dedicate and coordinate in its entirety to curtail this adversary that slaughters our sons and daughters…

(The author is Ms.Maffi, Advocate, she holds a degree in law from London, a Legum Magister in Legal Practice from the City University, UK and a Legum Magister from United Nations Interregional Crime and Justice Research Institute, Italy )