The gulf of Patriarchy and Matriarchy!

Brutish challenges suppress Indian girls from being empowered and put their future in darkness.  Nearly 1 in 4 girls aged 15 – 19 globally are neither in education, employment nor training, compared to 1 in 10 boys.  UNESCO estimates that globally 129 million girls are out of school, including 32million of primary school age, and 97million of secondary school age.

Child marriage is a critical challenge, it has jeopardized and continues to jeopardize the rights of girls in India.  This evil practice has and continues to exclude girls from fundamental decision making such as the timing of marriage and choice of spouse.  Even in this millennium era, girls living in rural areas are twice as likely to be married before 18 with no education.  Girls who marry young are much more likely to drop out of school, and complete fewer years of education than their peers who marry later.  Putting an end to this flagitious practice would increase women’s expected educational attainment, and with it, their potential earnings.  According to the United Nations report’s estimates, ending child marriage could generate more than US$500 billion in benefits annually each year. 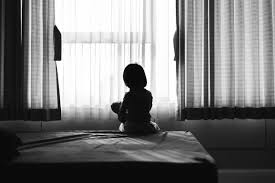 The gender digital divide is more than connectivity.  Girls are also less likely than boys to use and own devices and gain access to tech-related skills and jobs.  Only by addressing the inequity and exclusion that span geographies and generations, one can usher in a digital revolution for all, with all.  Ensuring all girls and young women with quality education as their human right is a global development priority, and a strategic priority for the World Bank yet is far from realism.

Violence prevents girls from accessing and completing education – often girls are forced to walk long distances to school placing them at an increased risk of violence and many experience violence while at school.  Most recent data estimates that approximately a 60million girls are sexually assaulted on their way to or at school every year.  Girls who become pregnant often face chronic stigma and even rotten discrimination.  The burden of stigma, compounded by unequal gender norms, can lead girls to drop out of school early and not return.  Eliminating female foeticide by 2030 will have a positive ripple effect on the health, education, and economic advancement of girls and women as mentioned by Mr.António Guterres, the United Nations Secretary-General.

The Pandemic Era has had a negative impact on girls’ health and well-being; research reveals that violence against girls and women has increased during the pandemic.

Adolescent girls have the right to a safe, educated, and healthy life, not only during these critical formative years but also as they mature into women.  If effectively supported during the adolescent years, girls have the potential to change the world – both as the empowered girls of today and as of tomorrow’s workers, mothers, entrepreneurs, mentors, household heads, and political leaders.

In the words of William Shakespeare, “though she is but little, she is fierce.” Today the daughters of the country have a share in almost every field, but there was a time when people used to kill daughters in their wombs.  Even when daughters were born, they were pushed into the fire of child marriage. 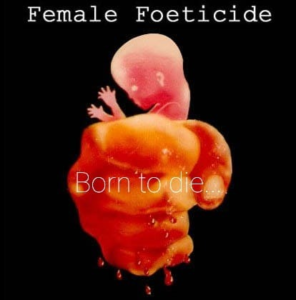 Statesmen, gentlemen, and youngmen ought to help treasure the rights of girls, ‘may men not build their muscles to beat a woman but to build (or protect) her…’  It is said that behind every successful man there is a woman, let this logic reverse itself now, and may boys, men be the success of every successful girl and woman.

Matriarchy in the west salutes, honors, and celebrates the landmark judgment in the Italian Constitution Court, Rome which ruled that ‘newborn children should by default carry both parents’ surnames – not just the father as had been the status quo’ placing the fundamental element of personal identity on equal footing. Italy, elevating herculean respect to motherhood, revising the outdated model of a patriarchal society is seraphic and empyrean and a Mother’s Day gift. 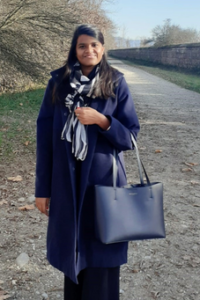 Dottoressa. Maffi,  Advocate, holds a degree in law from London, a Legum Magister in Legal Practice from the City University, UK, A Master of Arts in Human Rights, a Legum Magister from United Nations Interregional Crime and Justice Research Institute, Italy, a Certificate in Migration and its link to Peace, Security, and Sustainable Development Agenda from University for Peace, Costa Rica, and a Certificate in Global Governance, University for Peace, Costa Rica.