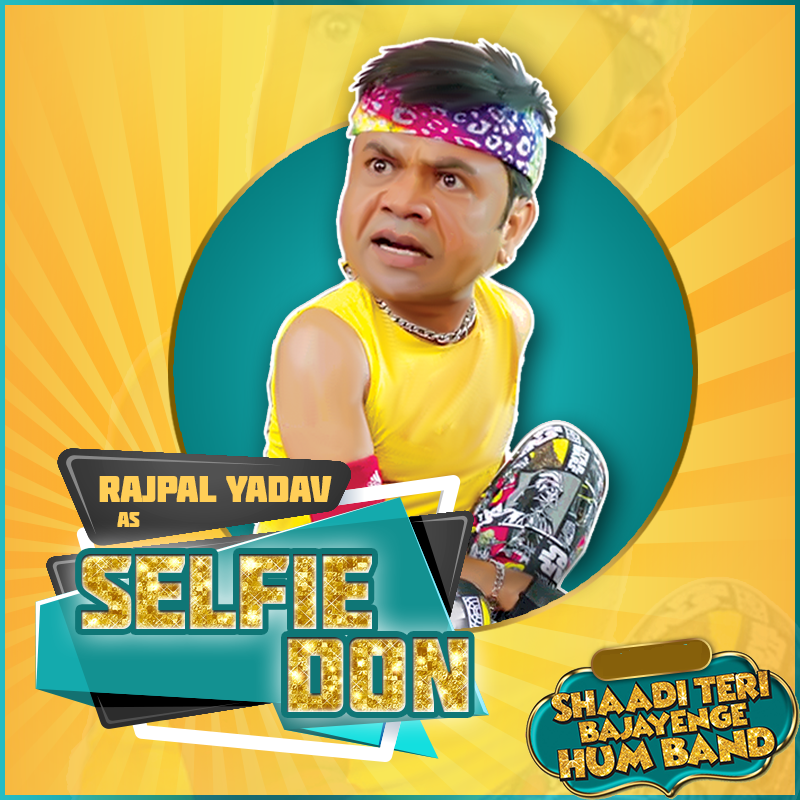 The Bollywood comedy star Rajpal Yadav is back with another comedy-drama, “Shaadi Teri Bajayenge Hum Band“, after the massive success of Judwaa 2 wherein he played the character of Nandu (Varun Dhawan’s best friend). Yadav plays the character of a selfie Don, who is very fond of taking selfies and likes to take a selfie in every situation – in trouble and in joy.
The movie team launched the trailer of the film. The story mainly builds on confusion and how that creates a huge humorous ruckus. From the looks of the trailer, the movie promises to be a thorough entertainer that will leave its audience in splits.
Rajpal Yadav is well known for his comic timing and his various humorous stints in the industry. Now he is gearing up for the release of ‘Shaadi Teri Bajayenge Hum Band.’ Produced by Sanjeev Kumar and Rohit Kumar, this movie is helmed by Gurpreet Sondh. Alongside Rajpal Yadav, the movie stars Rahul Bagga, Rohit Kumar, Dilbagh Singh, Mushtaq Khan, Naresh Gosain, Shrashti Maheshwari, Afreen Alvi and Radha Bhatt. It is slated to release on 23 March 2018. It also happens to be the debut Hindi film of Punjabi singer Dilbagh Singh.
Watch the trailer here: https://www.youtube.com/watch?v=AWlQU7uc2Rg