Media Promise : Urvashi Joshi of Vedhamanavan is the next big name in Tamil industry - Talismanian 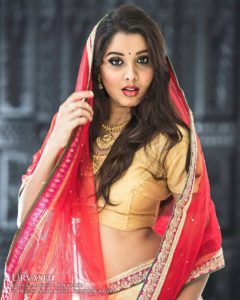 The new Tamil release Vedhamanavan is all set to kick the box office on 10th  May. With the crew being fully optimistic and excited about its release, the female lead, a new face Urvashi Joshi is all the more excited to see herself in the silver screen. Being rated as a leading model and a familiar name in the fashion industry, the girl shares her experience during the movie making, her embarrassment to have delivered an alien language and how the director and the other crew helped her in delivering the best.

Team Talismanian has this personal interview with her. Here is how it goes… 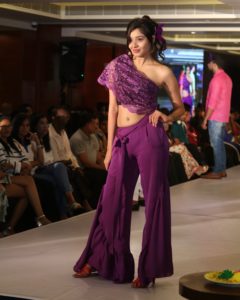 Yes, a little bit. The reasons for it is that this is my first film and the language was new to me. I hail from Madhya Pradesh, so Tamil was a bit difficult for me to understand and deliver. But thankfully the entire crew of the film, especially the director supported me to deliver the dialogues with ease. Mr. Pughazendhi, the director best supported me by translating the dialogues and making me understand the situation.

So from being a busy model, how did you enter the films??

Well, I will narrate the entire story from the beginning (giggles). I was born and brought up in Madhya Pradesh. We were three naughty children to my parents, my dad being a teacher. I did my graduation in LNTC, Bhopal. I was too crazy about fashion shows, well, I like to be groomed and look attractive. Thus I participated in 3rd International College Fashion Show where I won was chosen as the winner. This boosted my confidence and from there on, the ramp had always there in my mind. Though I chose a career as Decision Scientist, in a renowned company in Bangalore, my mind revolved around this dreamy world of fashion.

The first break was when I got a chance to model for Satya Home Appliances, Chennai. The renowned choreographer Mr. Thasveer M Salim then invited me for his show – Fashion Fusion Week that happened in December 2017. There was no looking back after that and I was actively engaged in different fashion assignments from then on. I’ve done a commercial for OLA Cabs as well.

So what keeps you busy after this?? 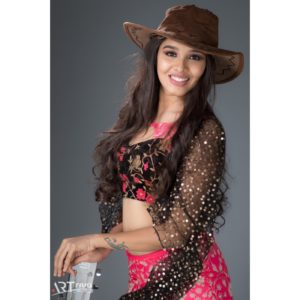 I’ve some projects lined up. A music video in Hindi and Travancore Fashion Night in June is what comes to my mind suddenly as these two are the most exciting of the projects to be done from henceforth.

So you will be continuing the ramp even after the movie is released??

(Giggles) Yeah… I shall continue, but anyhow, movies come in the priority list.

So how is it acting in a South Indian movie??

It was super cool. People here are too friendly and professional. The protagonist of the movie, Mano Jayant, made me so relaxed in the sets and used to crack jokes during the shots which made me feel really comfortable. So, we can see you in more Tamil films…Yes, hope so…

(Delivers her natural, charming laughter) I wanna do some Hindi movies and my greatest dream is to work with Hrithik Roshan. If you ask me why Hritik, I would say, he was the one whose dance inspired me to learn dance in my younger years.

You have glowing skin and beautiful frame. How do you manage it??

Umm, nothing but I am a pure vegetarian, maybe that’s what helps me look pretty. I don’t take any extra effort for my looks apart from this.

She is reminded (by her mother) about her event in the afternoon, for which she had to get ready. She excuses herself. Before waving bye, she introduces her Mom and says She will always there with her in all her shows as strong support. If I’ve achieved anything, that’s because of her.” She is my best support and worst critics of all time…(laughs) 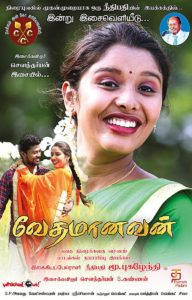 Vedhamanavan is a story that revolves around the life of a criminal. It gives a social message and tells why everyone deserves a second chance. The director of the film Pughazhendhi was a Judge by profession and his experiences in life had given him the courage to vouch for the characters he had witnessed.